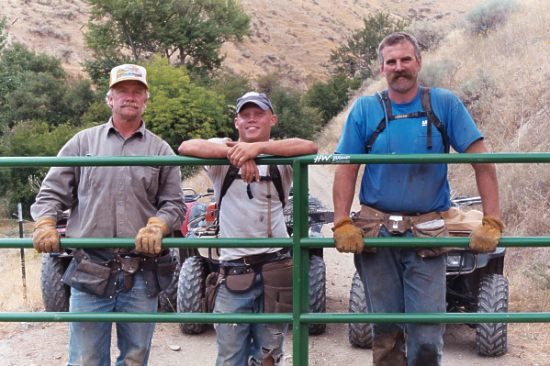 That’s Jeff Henes on the left, with Jeremiah Evans and Dan Hansen at the completion of the fence construction. (Another Dan, Jeff’s son, had to leave for school before this photo was taken.) These guys from Baker City, Oregon, must be some of the toughest fence builders in the country – to build this fence in this country in August and September. Not only was the sun hot and the terrain steep, but they started on the day of a lightning-started range fire across the river, and we had a good crop of poison ivy to keep them on their toes (and scratching) as well.

This photo was taken at the south end of the fence enclosure in the lower mid-canyon area that has been pretty well protected in the past. We hope the whole canyon looks like this in a few years. See the Honda ATV’s behind them? Those rigs hauled all the fencing material up the canyon and up to the tops of the ridges. Need any other testimonial? They’re almost in as good shape as the guys. 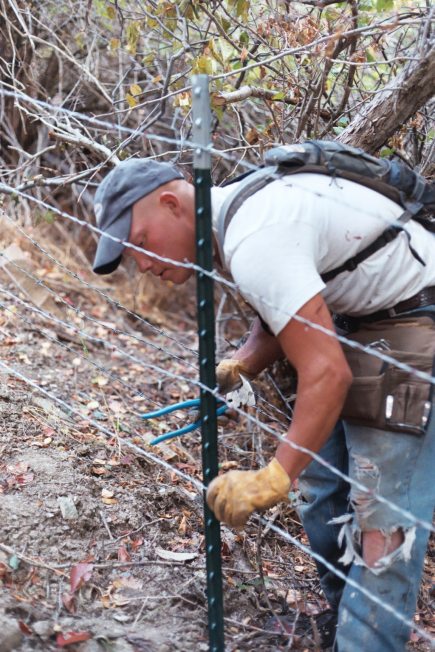